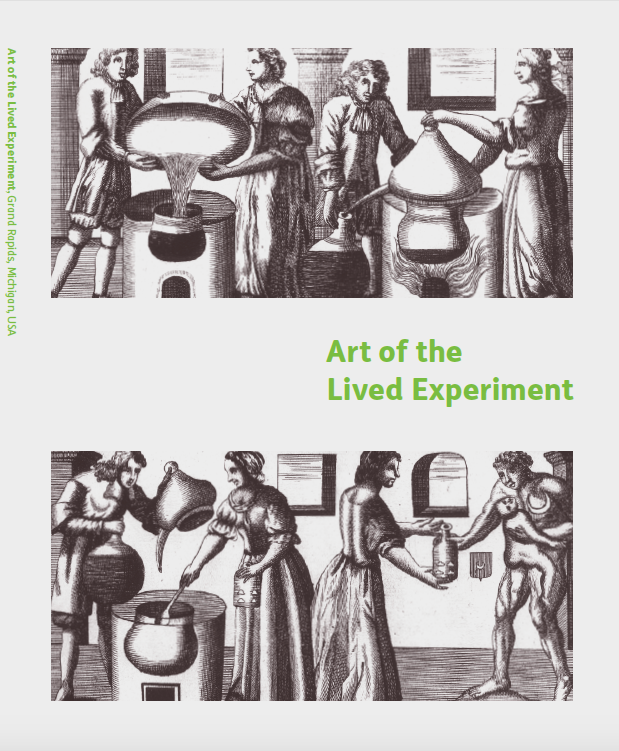 Art of the Lived Experiment is an “experiment” in every sense of the word. This exhibition represents the first time that the Liverpool-based DaDaFest has toured one of their exhibitions overseas. The exhibition is also the outcome of Aaron Williamson’s first time curating a large group project. It is also the first time that I have co-curated an exhibition from a vastly different geographical location than my curatorial colleague, where my task has been to find synergy with, and expansion of, an already significantly developed cross-cultural rationale, rather than working collaboratively from the ground up. The exhibition is also the cornerstone of the inaugural DisArt Festival, the biggest experiment of all. To this end, I offer seven North Americanbased artists as a means of highlighting the aesthetic, philosophical, and conceptual choices found in Williamson’s selection, where there is a mix of extant and newlycommissioned works. The artists I have included are Jeremy Burleson, Raphaëlle de Groot, Wendy Jacob, Martin Kersels, Alison O’Daniel, Katherine Sherwood and Laura Swanson. How do these artists consider and reshape Williamson’s questions, where their, “own subjectivity can be incorporated, like the alchemist’s, into his or her work in new, experimental and challenging ways?” I will continue to use this theme of “experiment” as a critical node for analysis throughout this essay, including notions of curatorial, artistic and political experimentation as it pertains to complex embodiment.